Notes on Transi(en)t Penang: Of perspectives, impact and collecting conclusions

At the beginning of Project Glocal, I wanted to create a social experiment.  It will be an experiment wherein I subject artists to unusual circumstances of creation.  Three things are imperative: artists, unusual circumstances and creation. (They have to create something).
In 2011-2012, the platform for Project Glocal was “conversation with cities.” Cities were either the place for the social experiment or the subject of discourse.
For 2014, the platform is transi(en)t. Two words are forged together: transit, which means to pass by, and transient, which conveys staying for a short while.
There are three different formats for this year: Transi(en)t Taipei focused on collaborative/performative new media projects; Transi(en)t Penang focused on collaborating with heritage communities; and Transi(en)t Manila will combine the first two.
I consider Project Glocal 2014 as a step up from its previous iteration.  Bolder while remaining faithful to the main philosophy of the project. There is boldness in knowing that the only certainty is that there will be more uncertainties.  Expectations should be down to a minimum.  Adaptability should be at its fullest.
With this, Project Glocal becomes one of those projects that do not really have a standard gauge for success. Or at least should not be pitted against “standard” art practices, because it is “not standard” after all.  On the other hand, it is also a project that does not have standard measurement for failure either.  In other words, what was left for the Project to “chew on” are perspective and impact.  Perspective is how the participants would like to value or see their experience; impact is how they will use that experience going forward.
As one of the curators of Transi(en)t Penang, it is my assessment that our two weeks in George Town did exactly that—making us realize that many things are matters of perspective and impact.  For an art curator, to work with artists is an imperative, but cohabitation is a choice. In Transi(en)t Penang, it is a challenge. It is a challenge to not conquer their habits.  It is not a license to make them do what you want them to do.  It is to learn how to stay up as late as they do, so you can pick their brains in their most potent hours.  It is to be with them when they are being silly, so you can have a glimpse of their spirit at its most gullible.  It is watching them choke on a piece of unidentified food object; to talk about bad habits of ex-lovers while doing laundry; to think aloud about Foucault while they roam around in their undies or smelly soiled shirts that had been worn for 4 days. You learn what they are like when they are unguarded. This experience was an opportunity to widen my perspective. It afforded me to see artists beyond 3D.  They are NDD – no defined dimension – because looking at them the same way every day is just unfair.
The decision to further complicate this ‘living/working/being together 24/7’ for the lightning residency that is to happen in November for Transi(en)t Manila is the manifestation of how the Penang experience made such an impact on me. What comes out of it is something that I would like to reserve for the audience of Transi(en)t Manila.
For the record, I do not think that what happened in Penang can ever be duplicated in Manila (or anywhere else on this planet) for the simple fact that the variables are different.  Neither do I think that one will be better than the other.  It will remain as two different projects despite having a big similarity in its living and working arrangements.
As the founder of Project Glocal, I would like to iterate that Transi(en)t Penang, like all the rest of Project Glocal projects, is an unfinished business.  In the first place, it was designed that way.  The audience should somehow remember that Project Glocal took place in George Town and keep them wondering what really happened. The participating artists, curators and collaborative forces should always find a yearning to return to where it happened.
An experiment is never finished, even if it reaches a conclusion.  One can continue to challenge it by subjecting the conclusion to yet another experiment.  This can happen and it is not simply aimlessly going around circles--it is a journey.
On this note I thank you all for being part of Project Glocal. Maraming salamat at hanggang sa muli.
Dayang Yraola
12 September 2014

Our program annoucements for Transi(en)t Penang IS OUT! 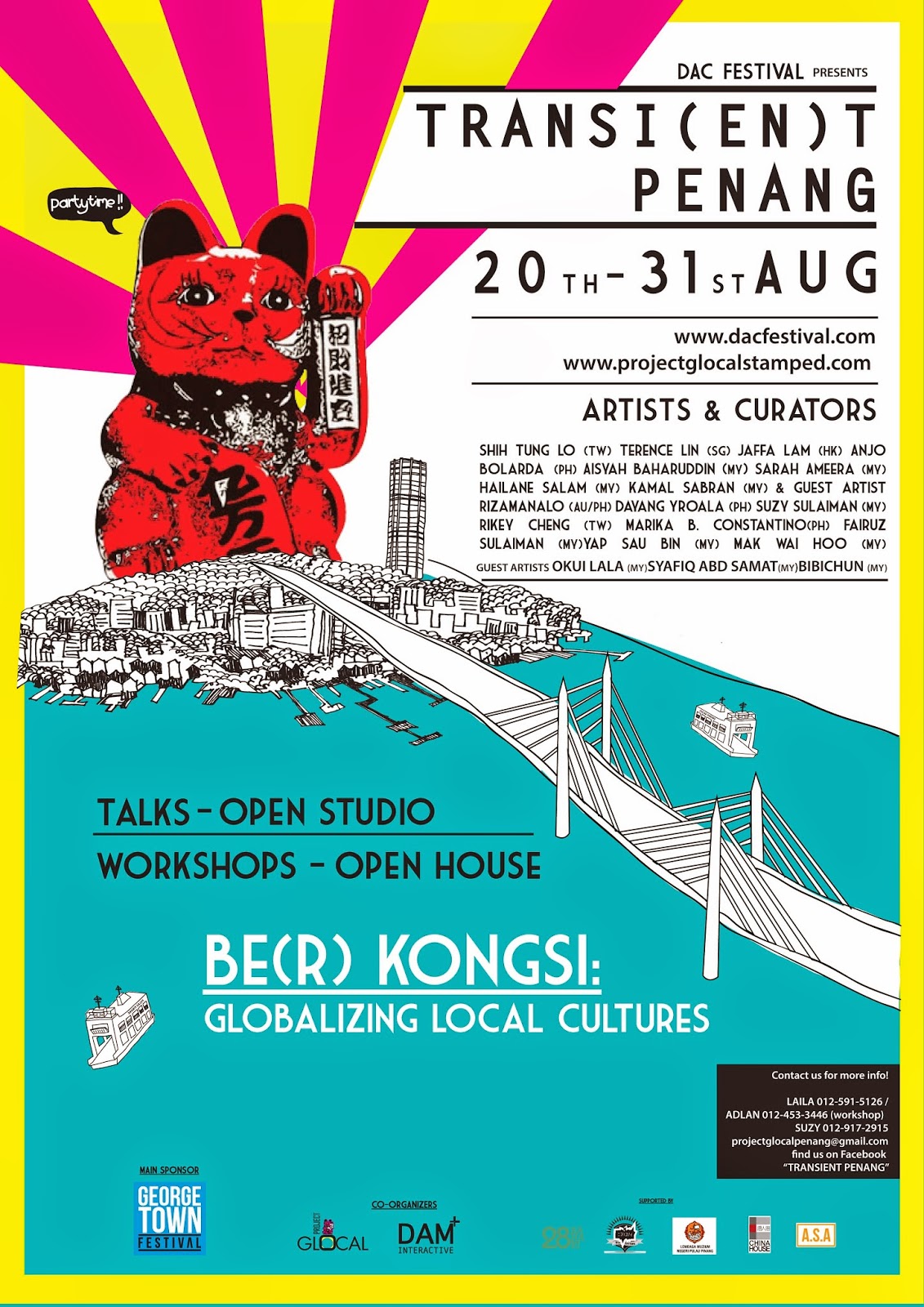 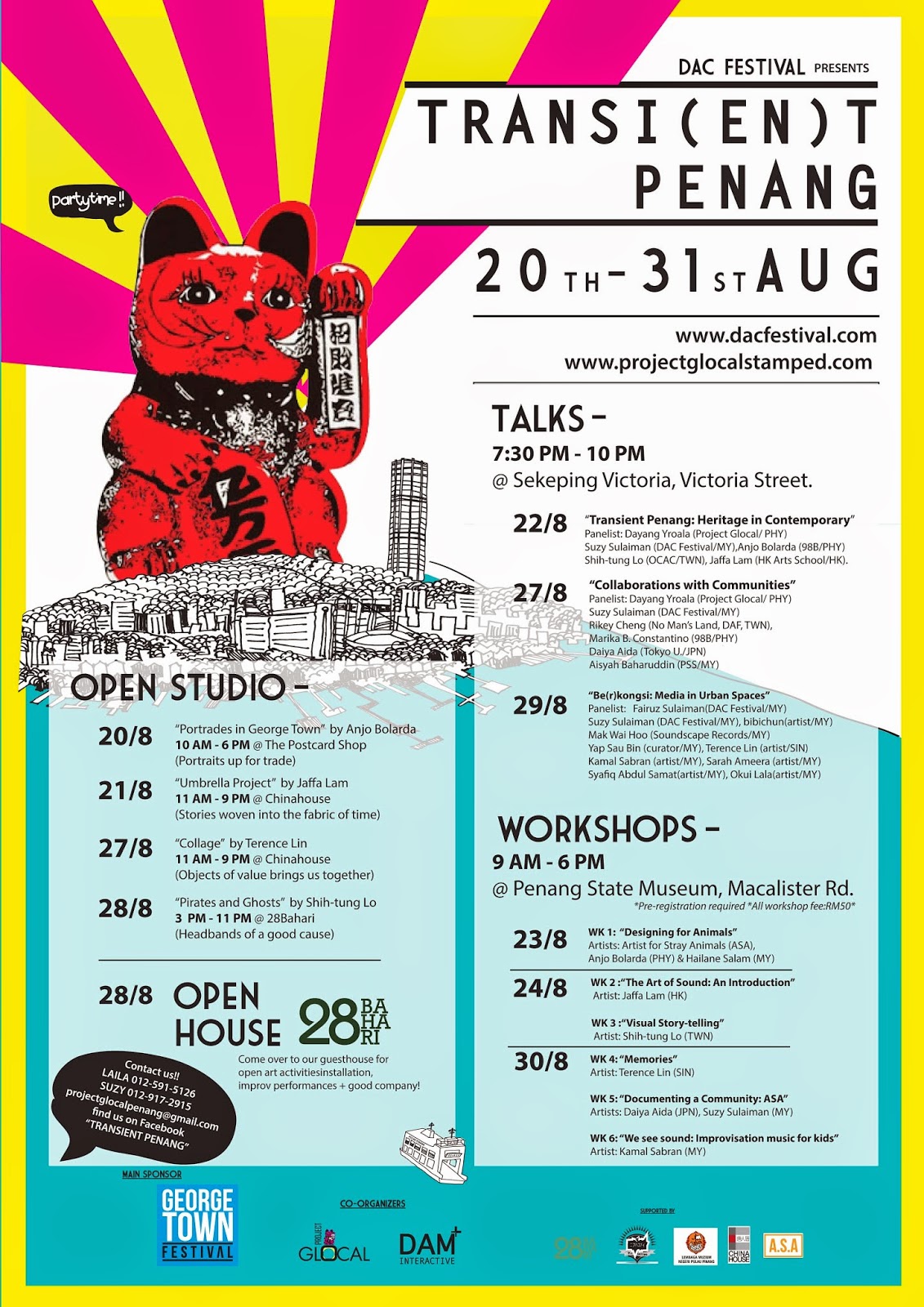 Our official poster is OUT!! 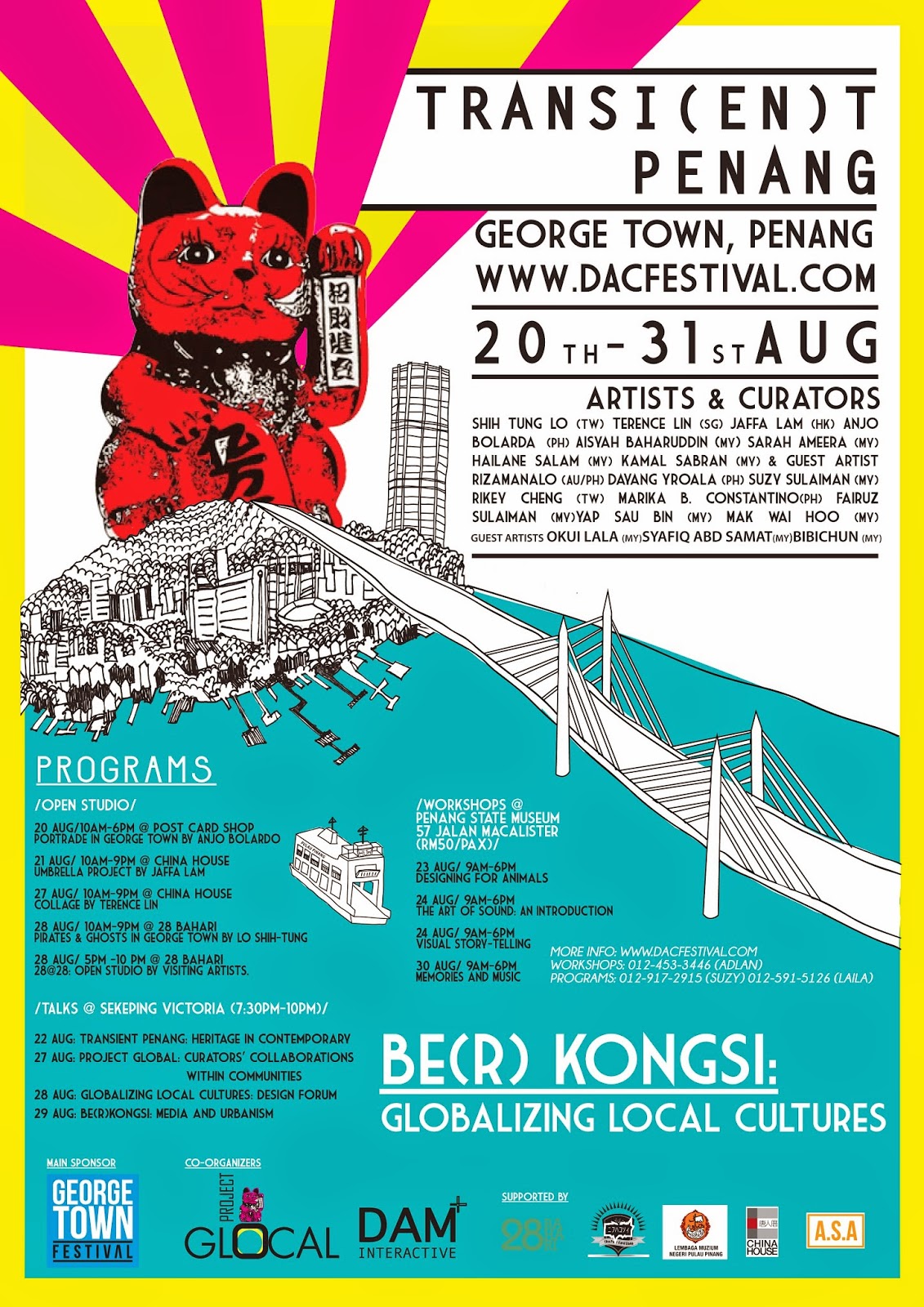 See you in Penang this August!!!

The local producers of this project wanted to share with all our partners around the world; the friendly and charming Penang that we know so dearly. So we decided to shoot a 4-episode video to introduce the artists + curators who'll be involved in It's done but we finally got it done. Shot over 4 gruelingly hot days in Penang, the crew worked hard to get the right views of George Town.Check out some of the behind-the-scenes photos! (All photo credits: Shannon Saw).
We discovered that our masks made the Penangites like us even more! 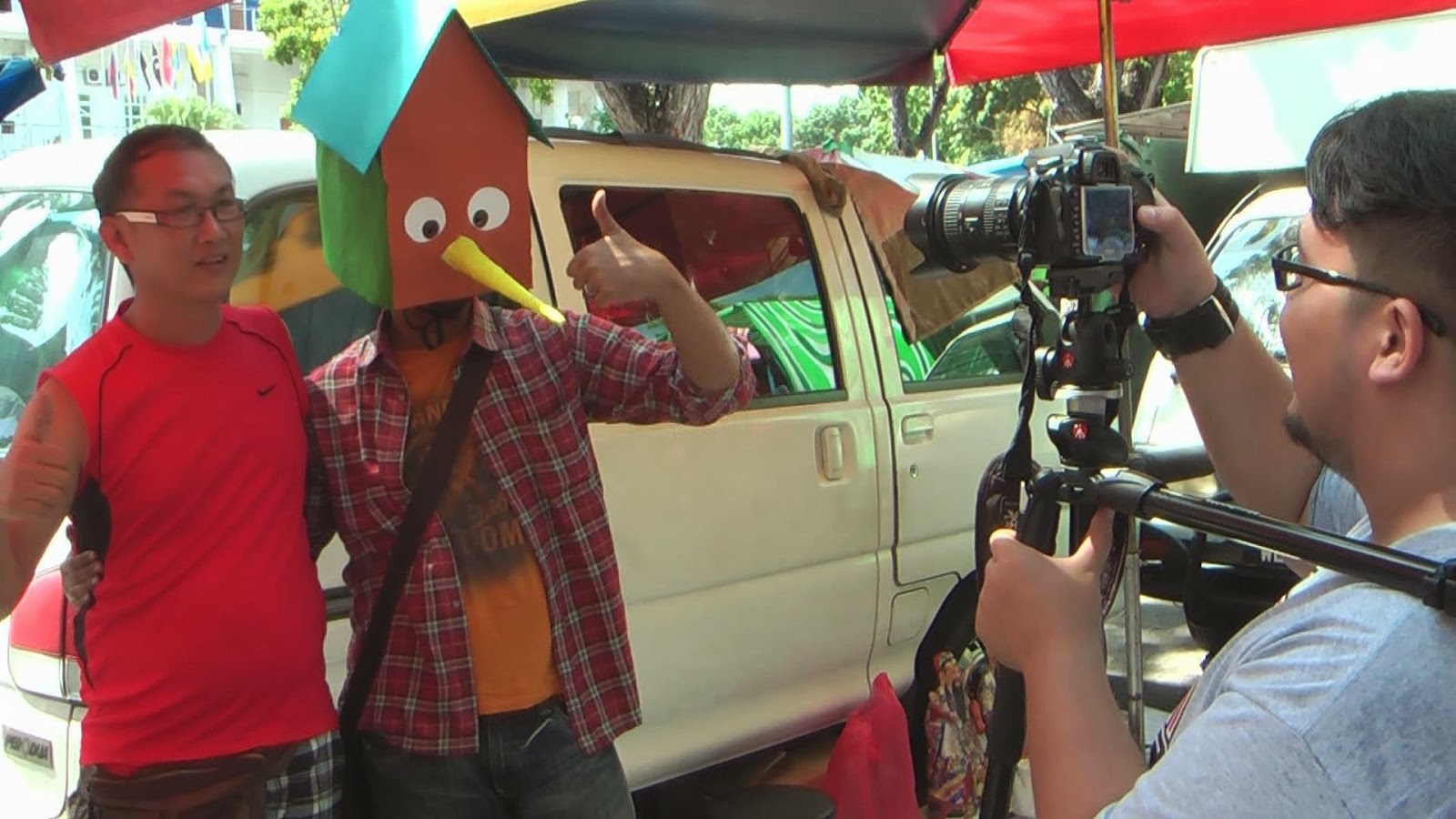 The most sporting Hat auntie seller on Campbell street. She agreed to be part of our production. 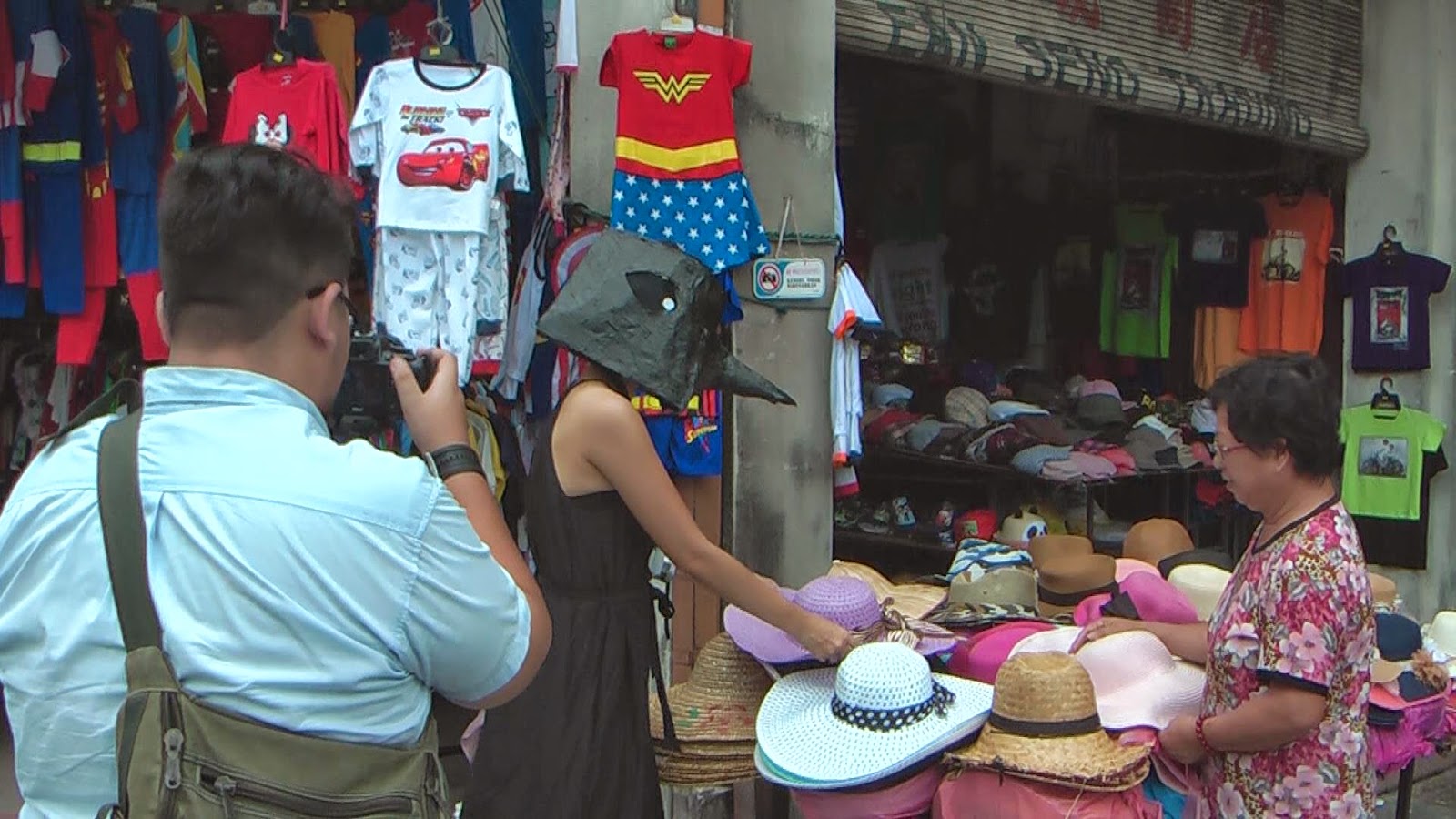 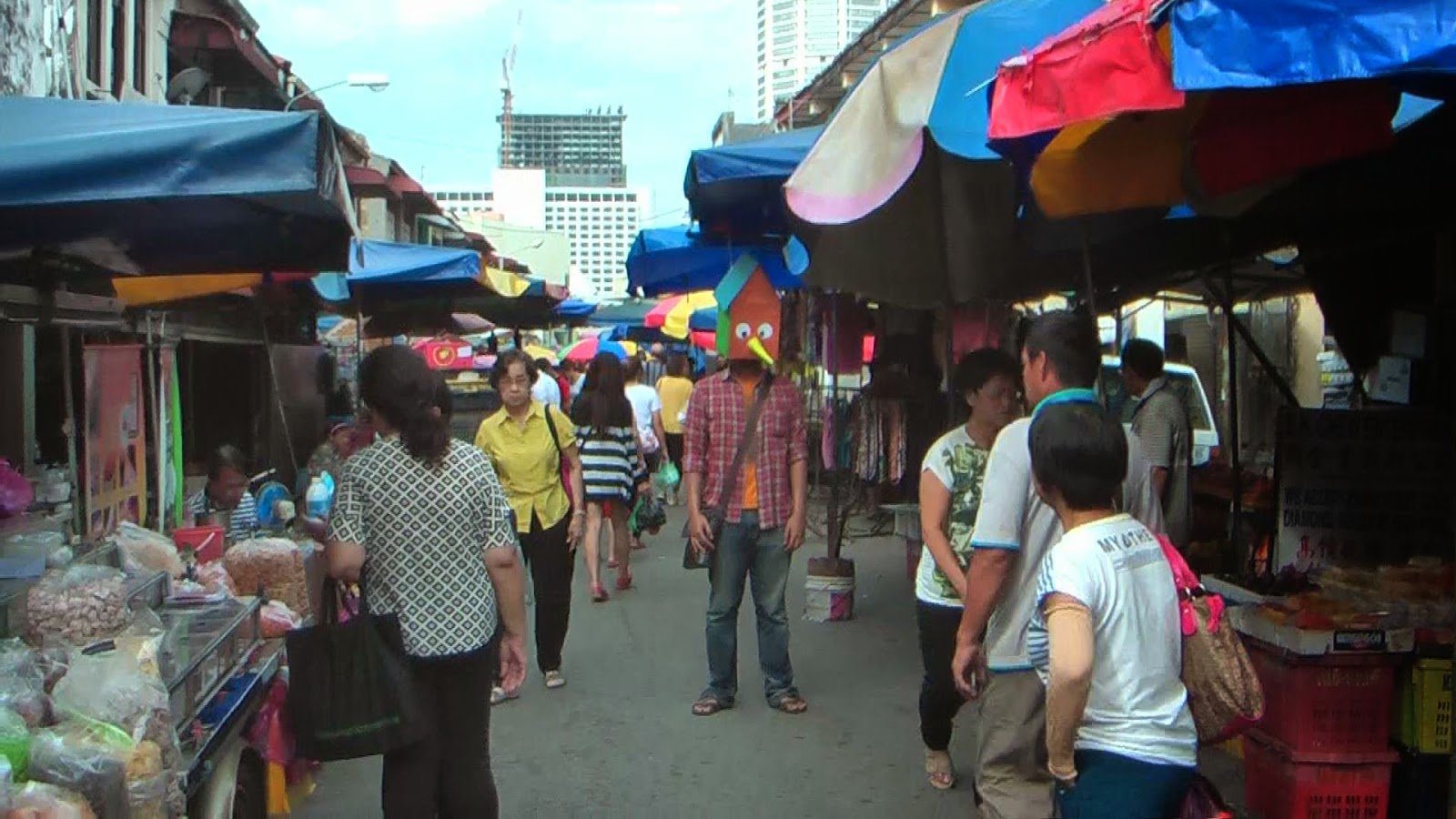 Our director, Haziq, handles the camera for better shots. 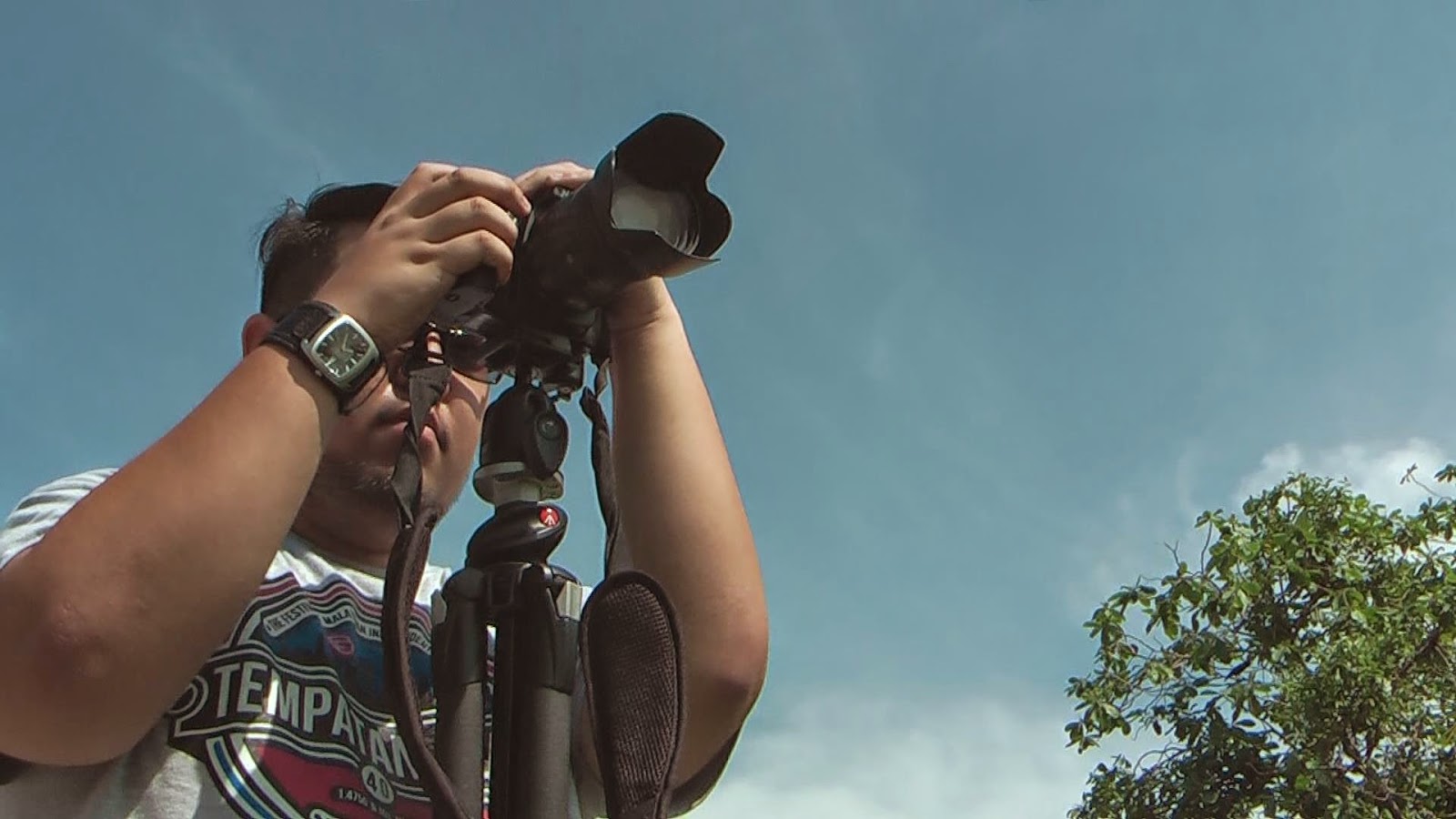 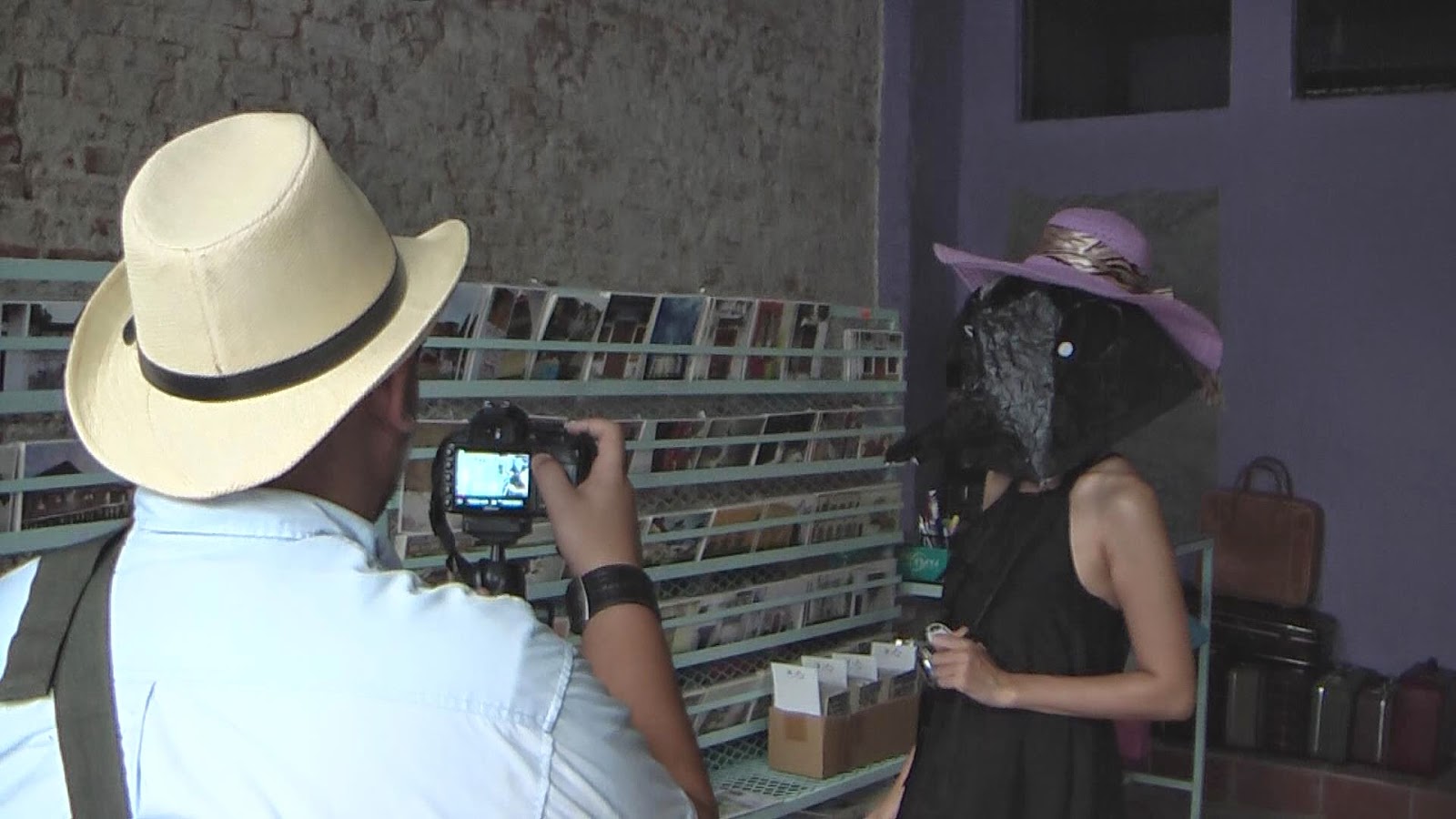 Given a pep-talk by the director to both actors at the Spice Garden. 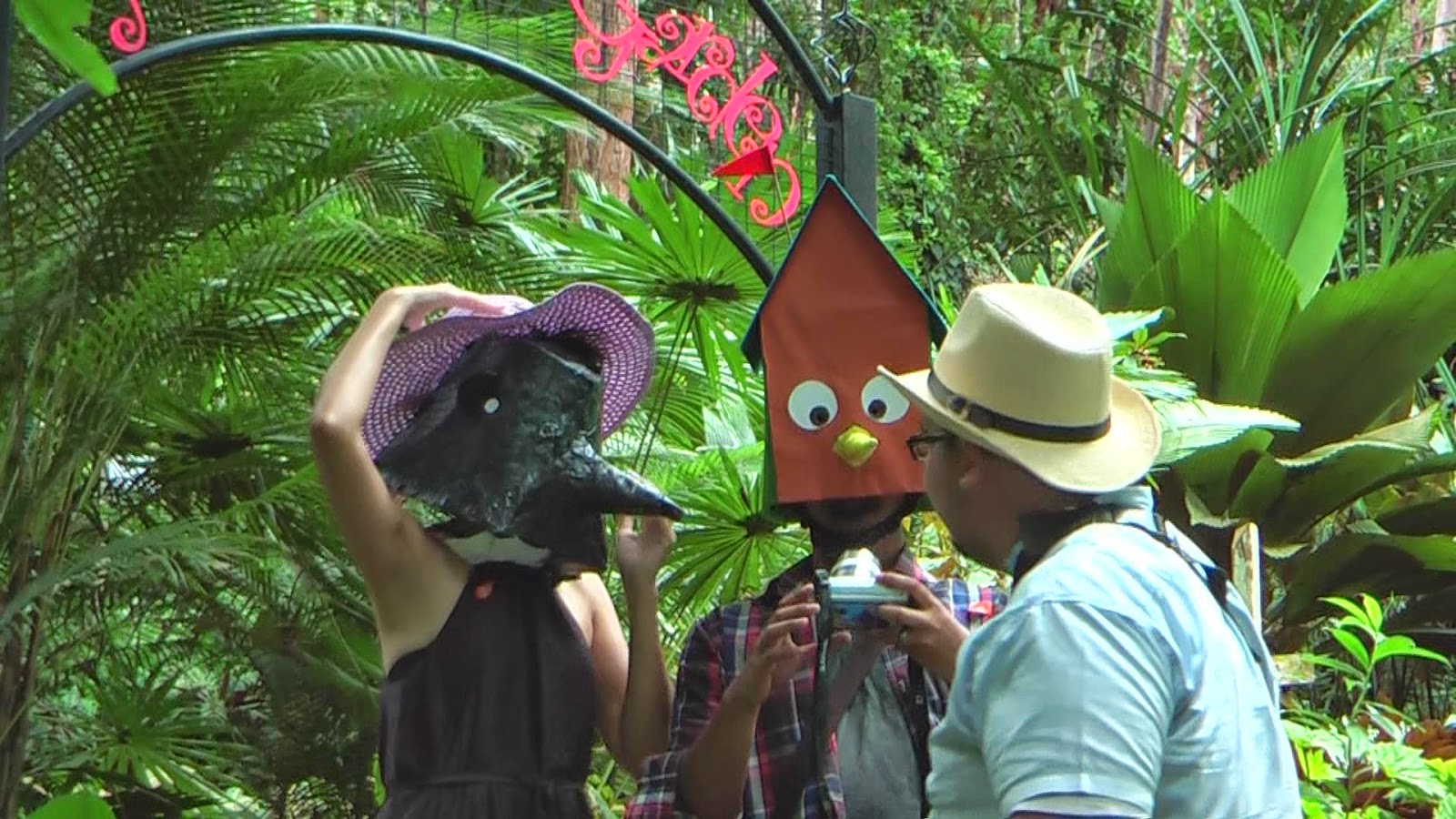 Woah. It's hard to be "romantic" in the romantic scene when you have a box over your head. And most of the times you can't see where you're going. 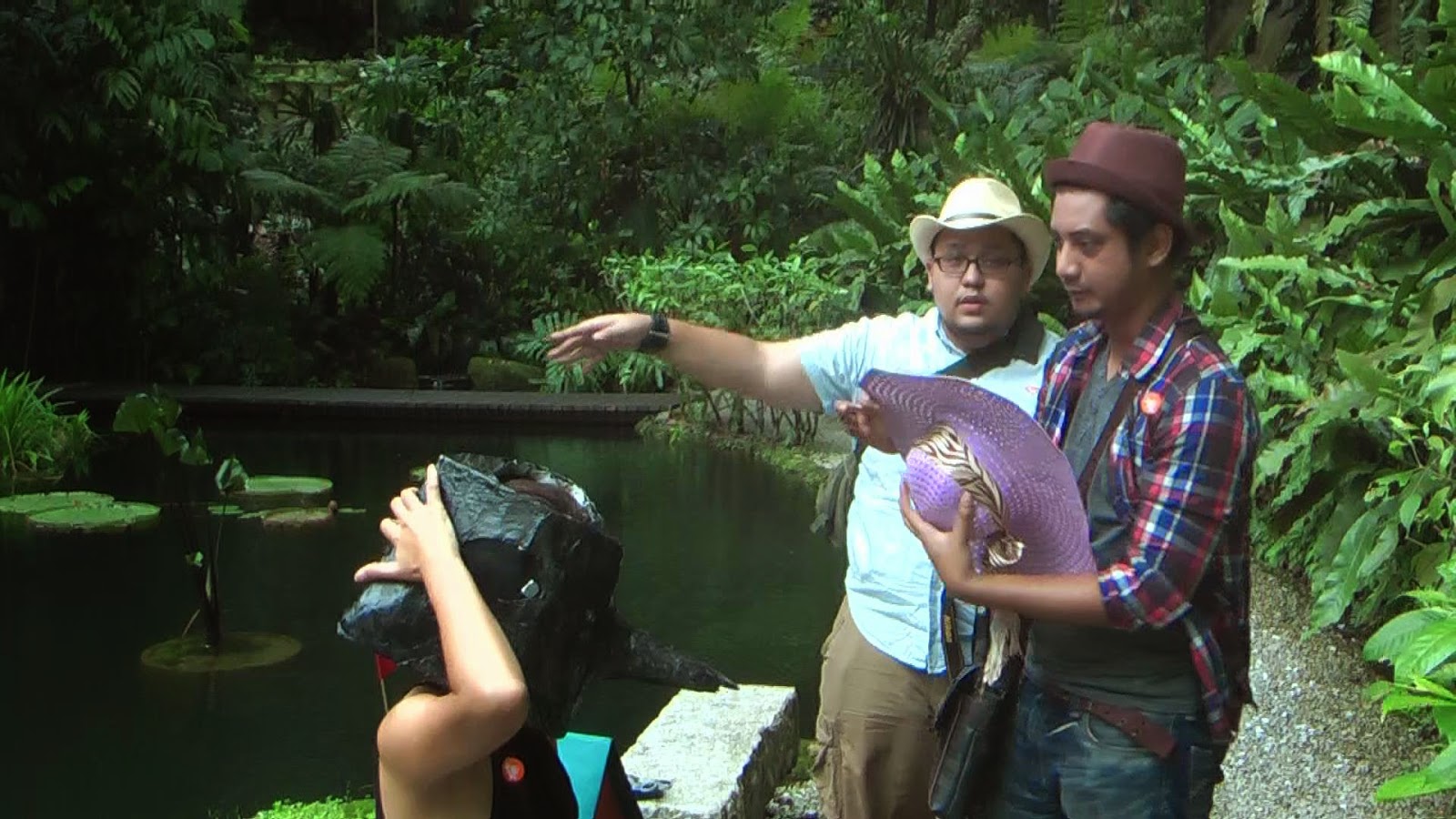 We will release the other 3 episodes in due time. In the mean time, enjoy the 1st video thats out!
Transi(en)t Penang 2014 // Arists Curators Title 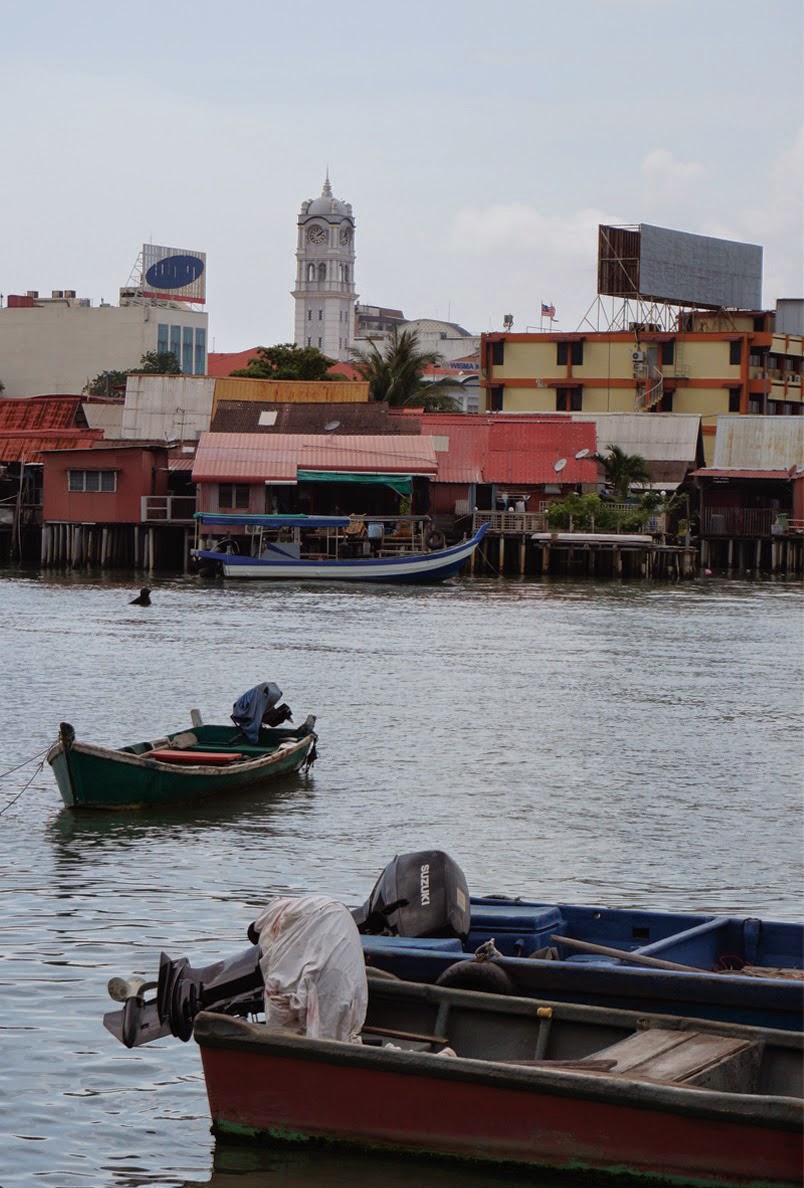 : Clock tower from the Chew Jetties : 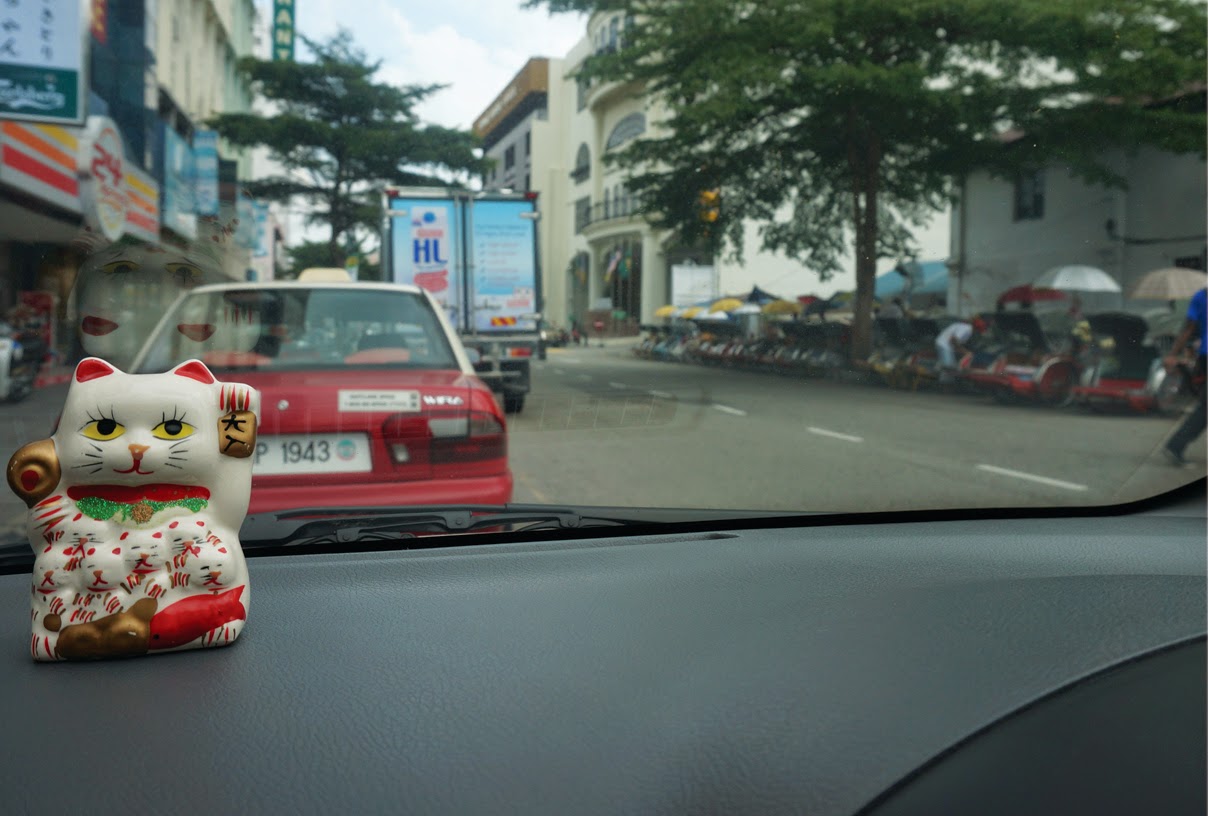 : Penang Road street view from the car dash board : 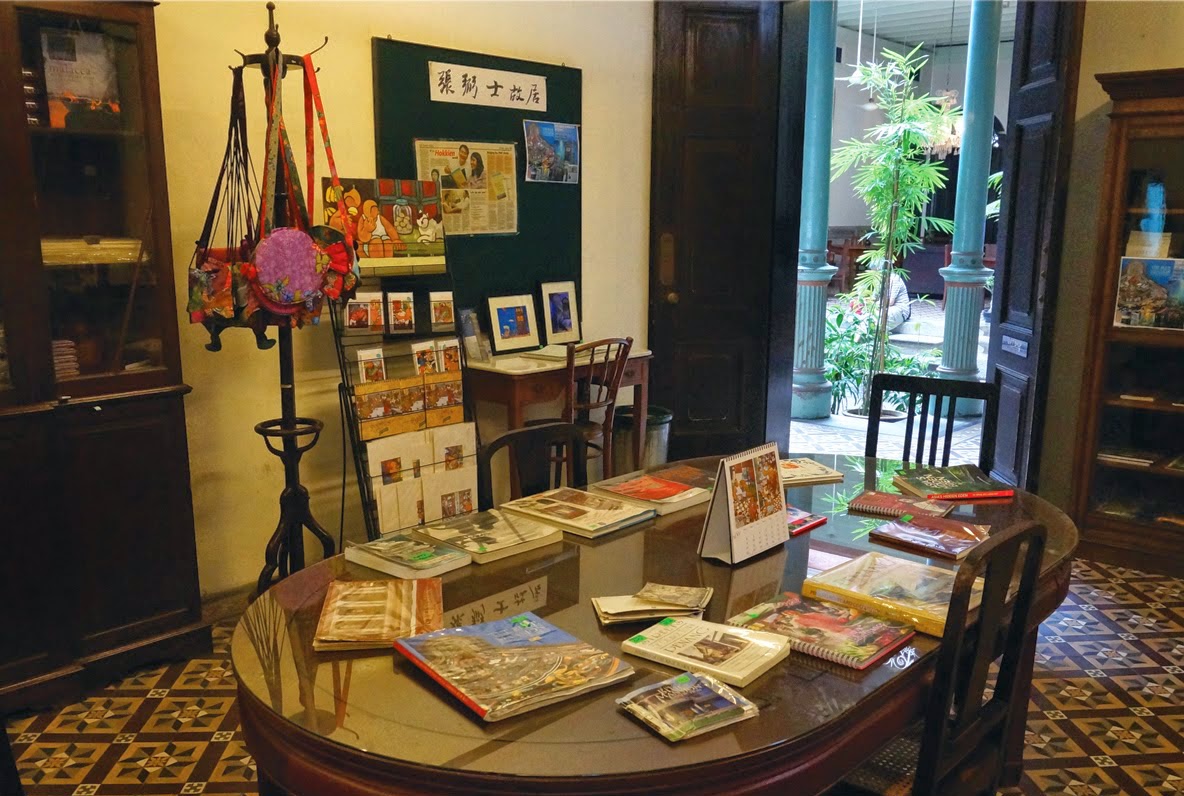 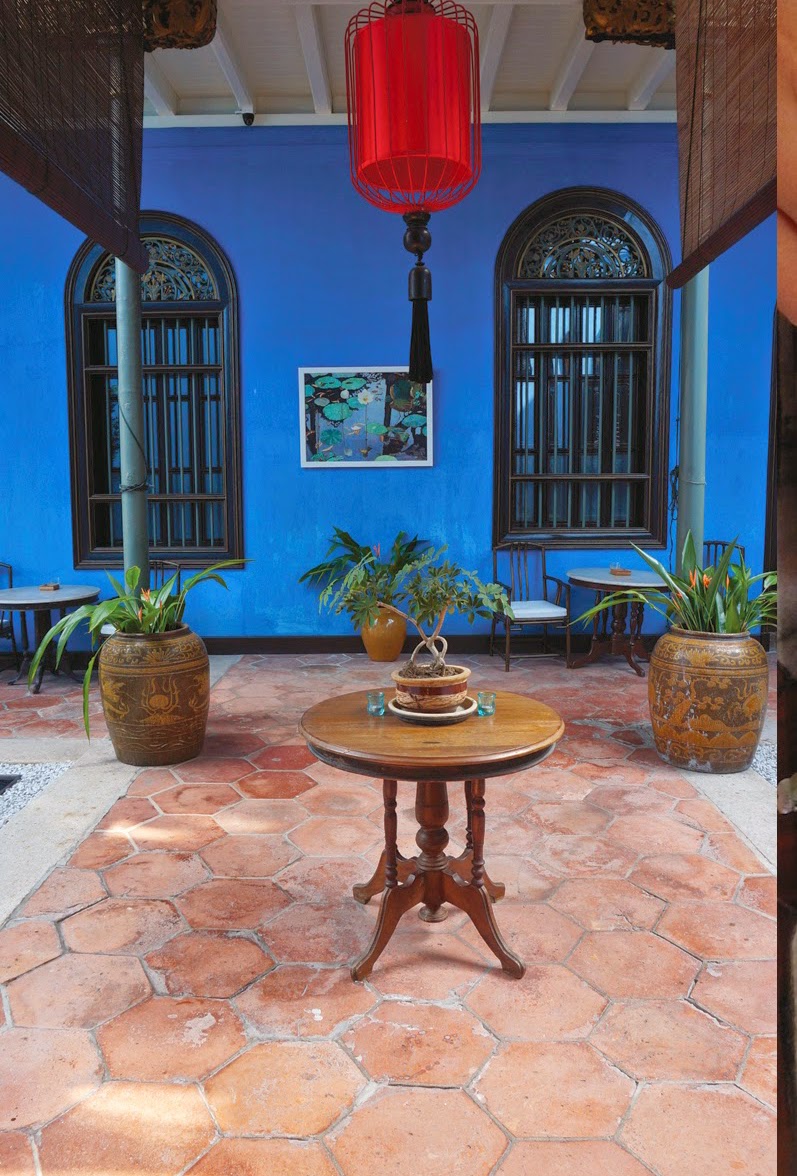 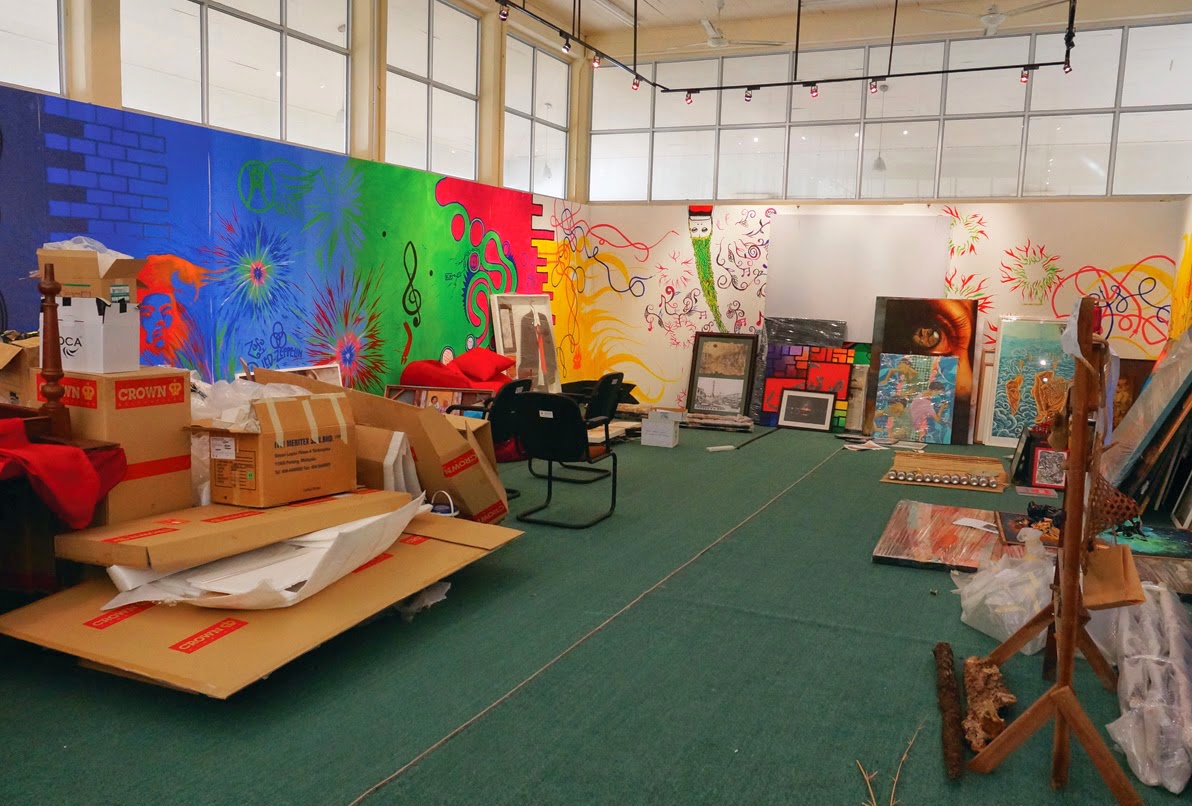 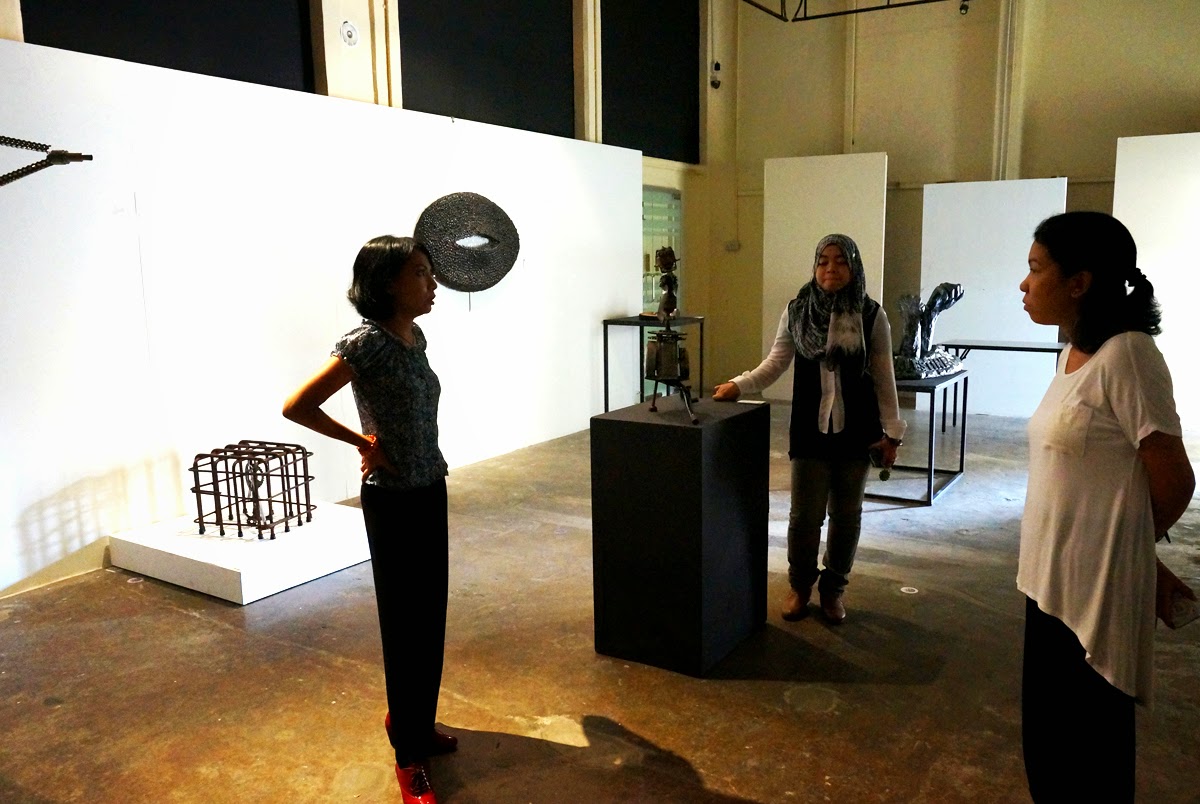 : Meeting with the curators : 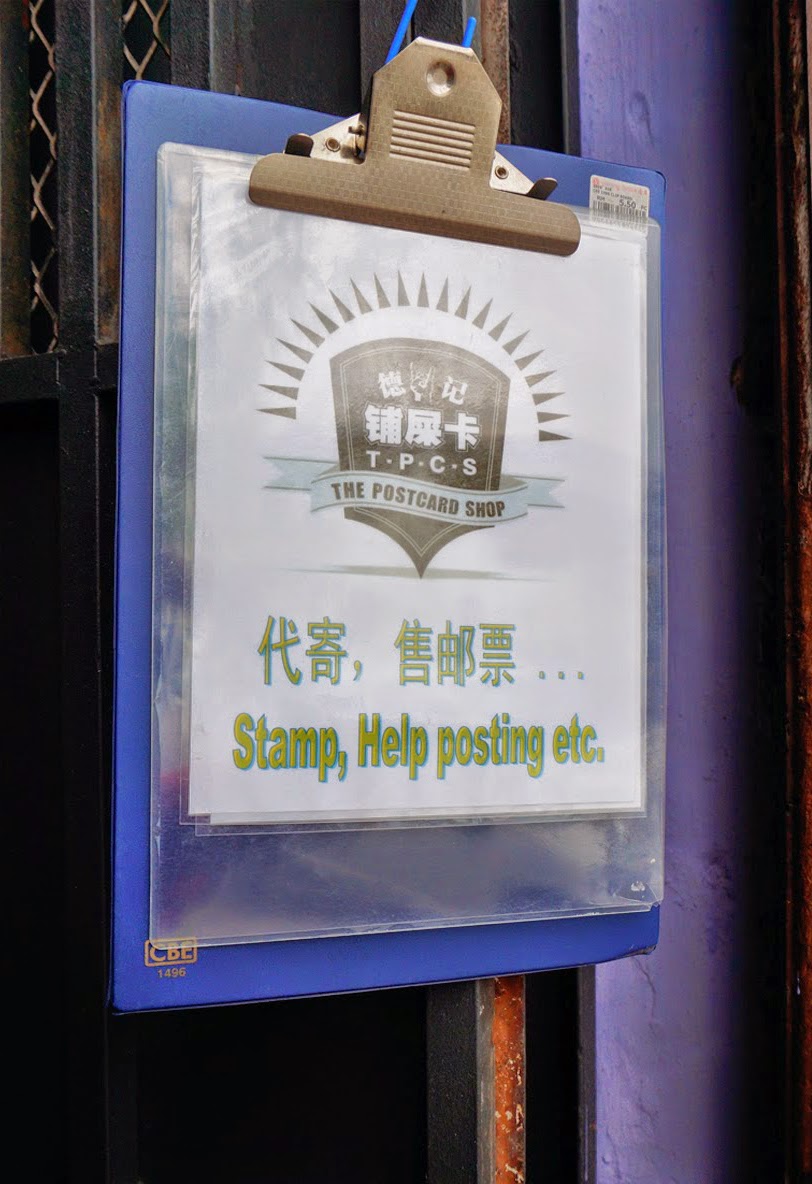 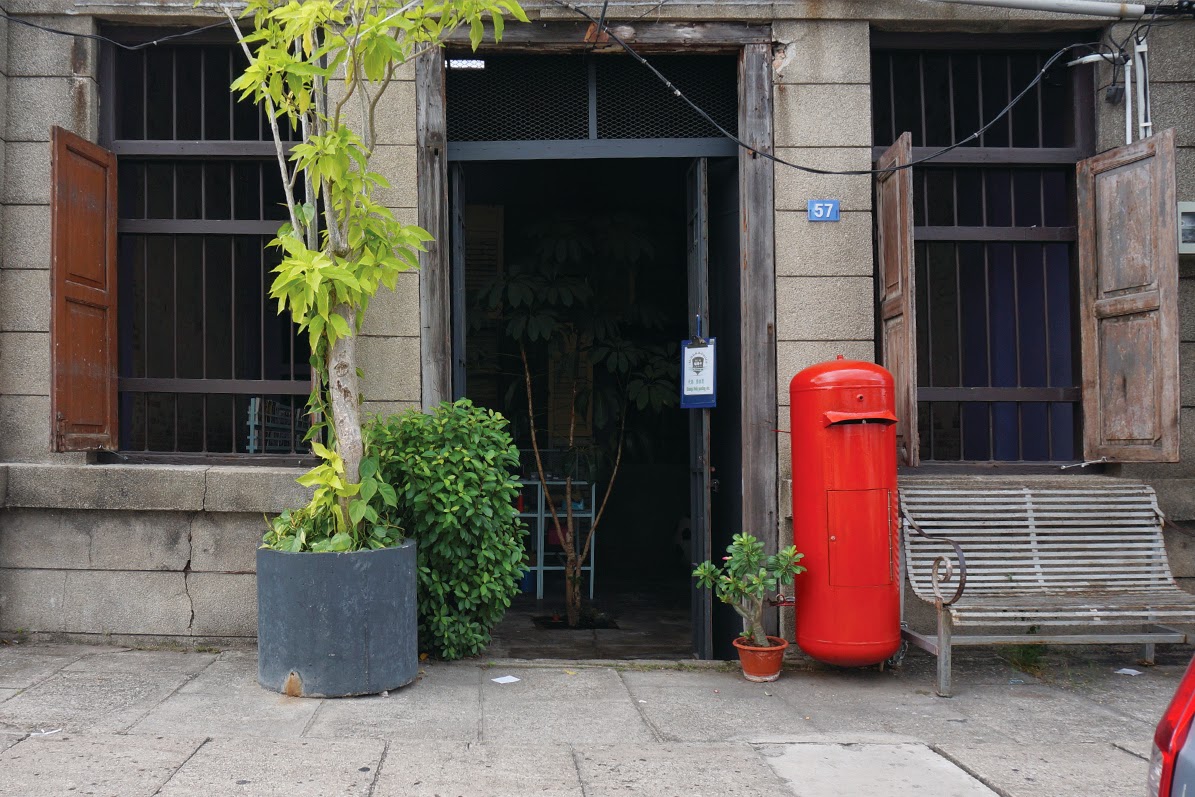 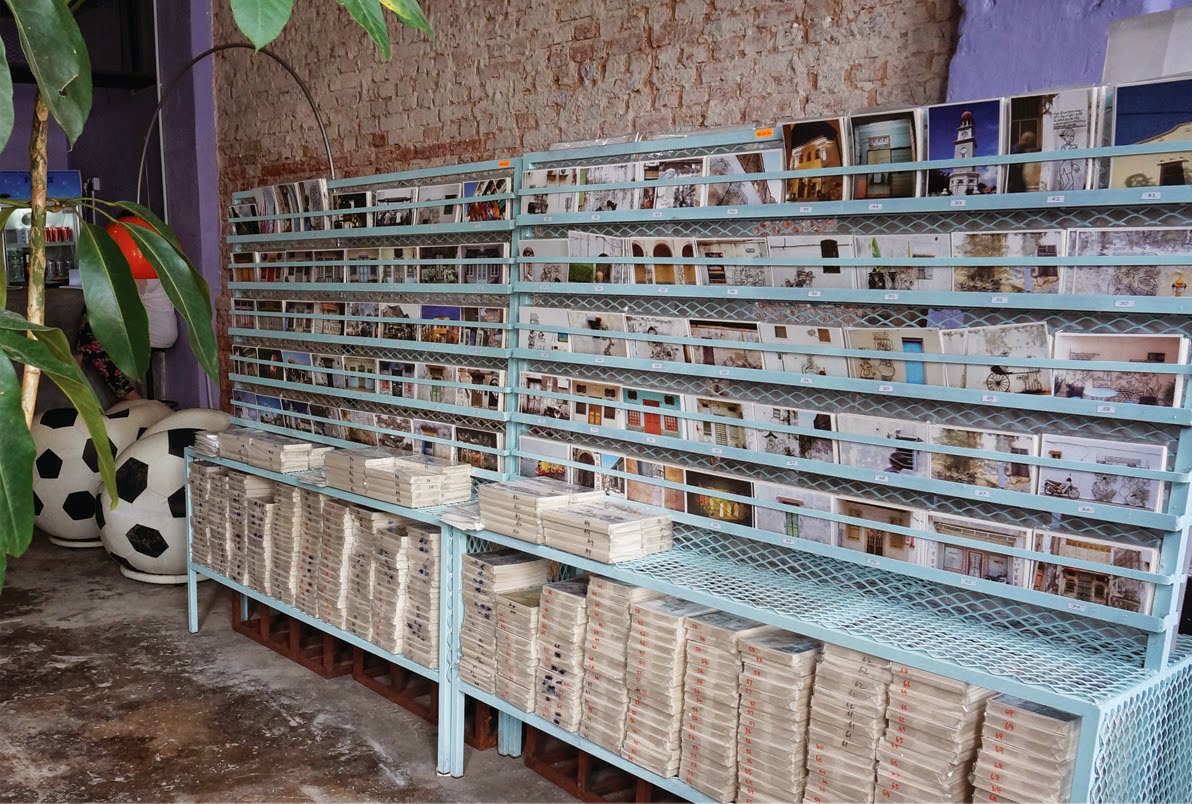 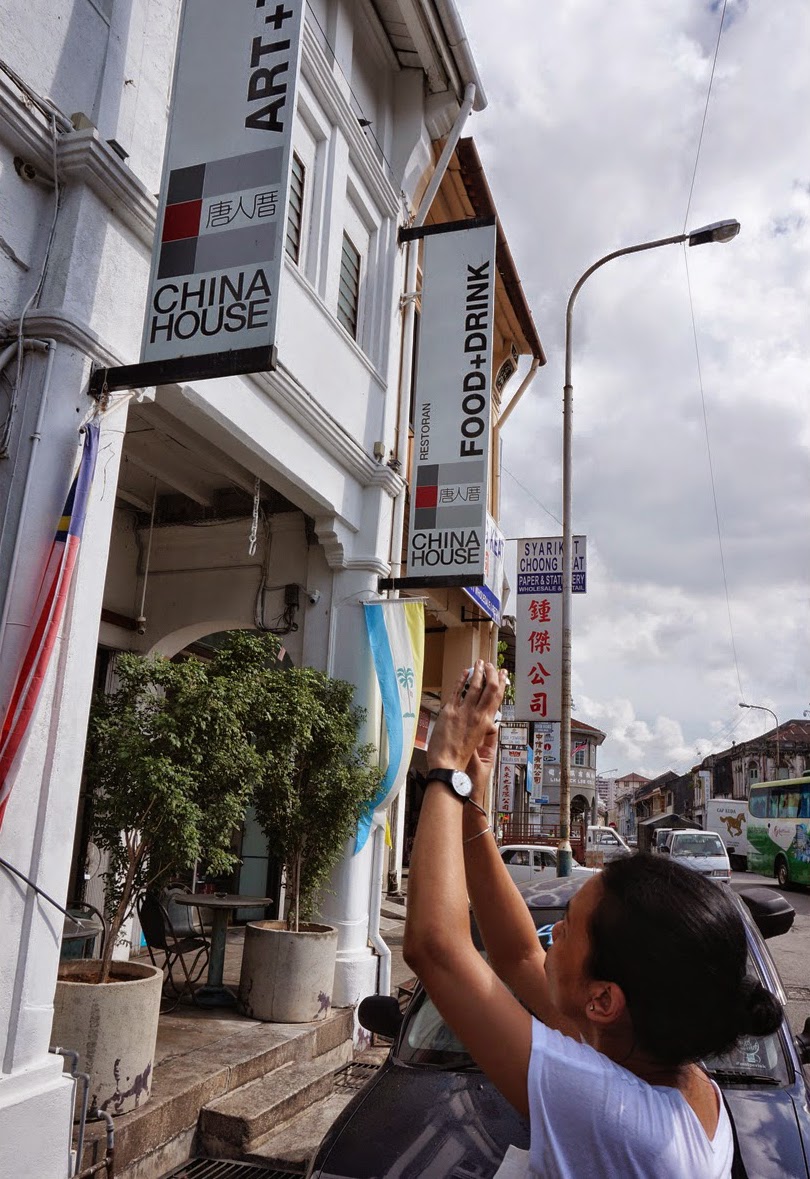 : Dayang takes a picture of Chinahouse : 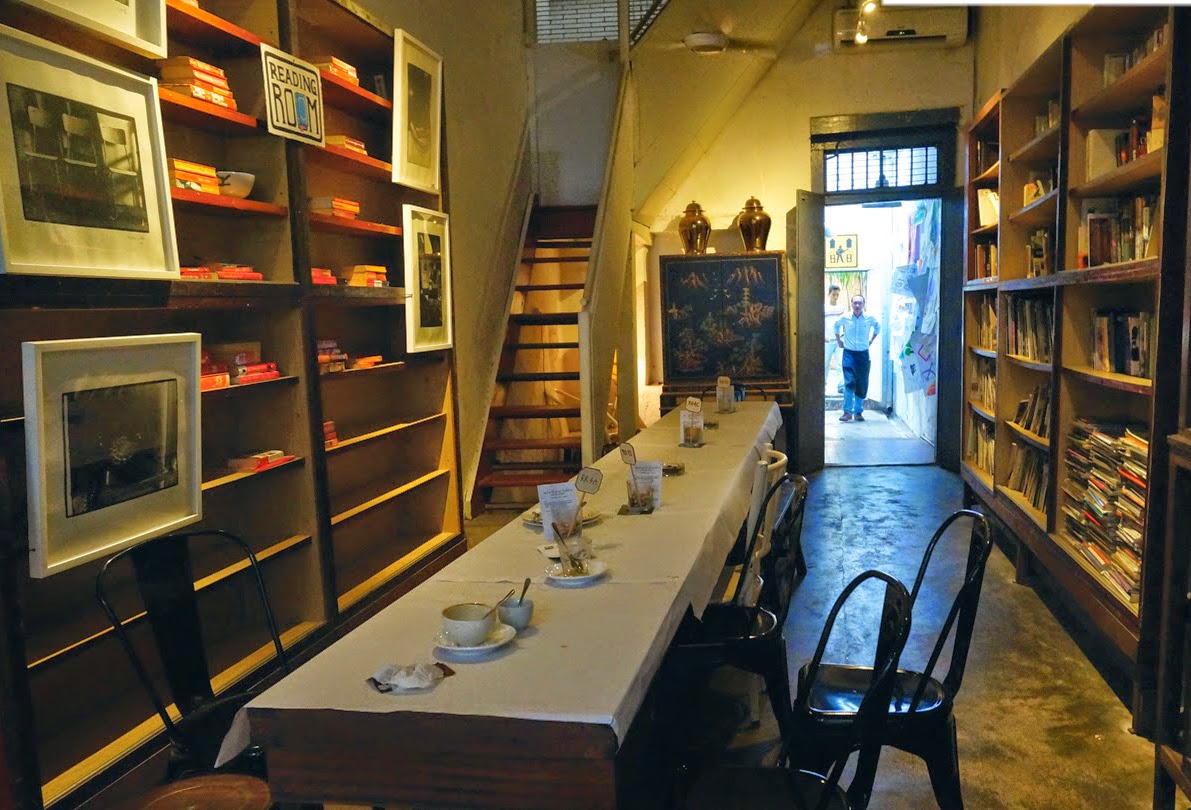 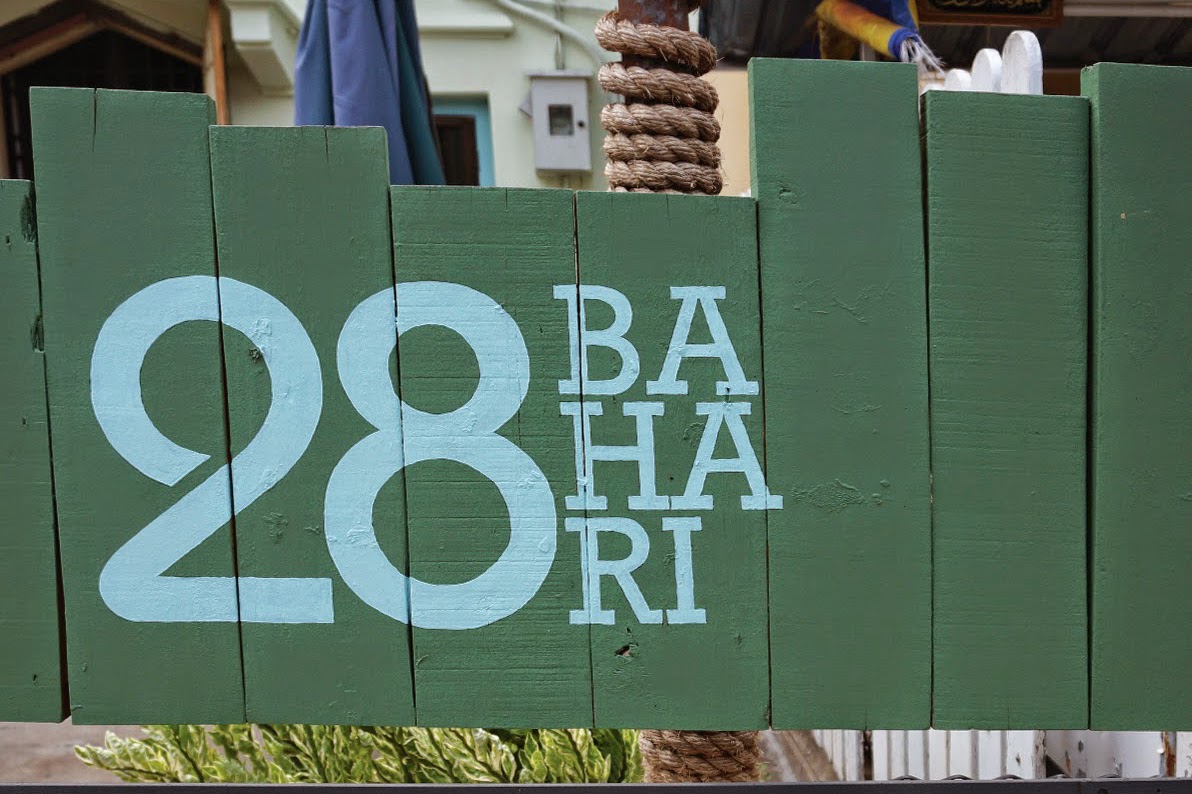 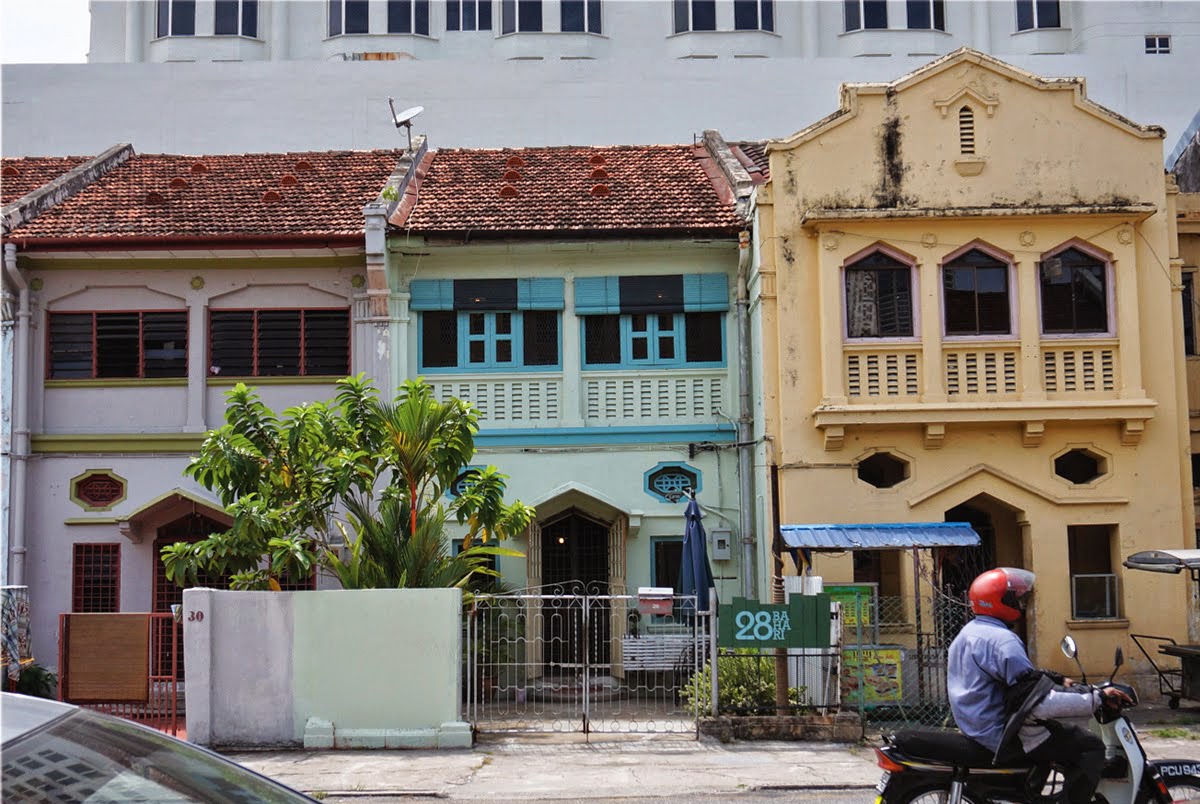